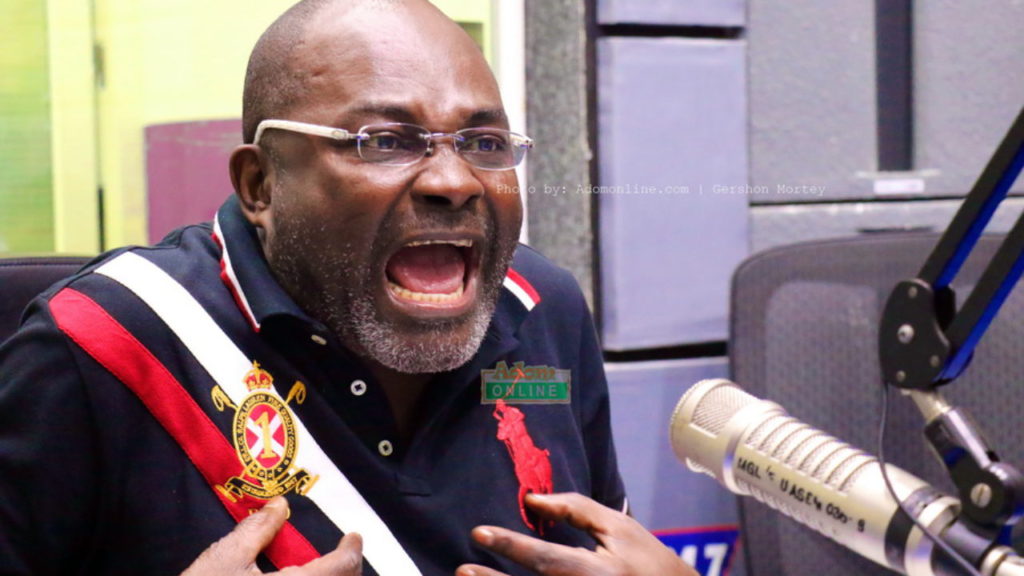 The Germany chapter of the National Democratic Congress (NDC) says it is dismayed and shocked by unwarranted threats from Kennedy Agyapong on the party’s Communications Director.

The group in a statement said it will hold Kennedy Agyapong responsible should harm be done to Sammy Gyamfi.

The group posit that Sammy Gyamfi has made no ‘personal statement’ against Kennedy Agyapong to warrant a rebuttal from the maverick politician.

It therefore appealed to the National Peace Council, the Catholic Bishop Conference and other CSOs to call the lawmaker to order.

It stated that the CSO should move to avert any repetition of the Ahmed Suale murder which happened after similar threats from Kennedy Agyapong.

“The NDC Germany chapter has learnt with shock and utter dismay the threat on the life of Mr. Sammy Gyamfi, our National Communications Officer by Mr. Kennedy Agyepong. What is more disturbing is his open declaration that he can silence Mr. Sammy Gyamfi within three minutes”.

“From today onwards should anything untoward happen to Mr. Sammy Gyamfi, Mr. Kennedy Agyapong should be held accountable. We in the NDC shall ensure that the country will be too small to contain him”.

A formal complaint has been lodged at the CID by Sammy Gyamfi after Kennedy Agyapong threatened to have thugs beat him up.

The lawyer for Sammy Gyamfi, Beatrice Anang explains that the complaint is a precautionary move to avert any looming danger after they discovered that Kennedy Agyapong has the capacity to carry out those threats.

Below is the release from the NDC Germany Chapter 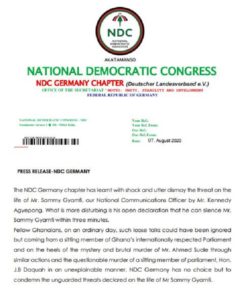