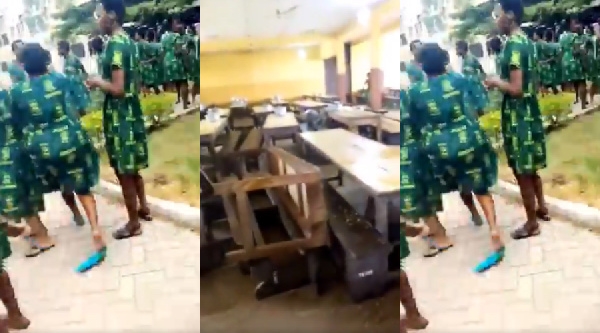 Students of Tweneboa Kodua SHS on the rampage

Some 14 final-year students identified in various videos that have gone viral on social media inciting and participating in vandalism on various school campuses after sitting their first few West African Senior School Certificate Examination (WASSCE), have been dismissed by the Ghana Education Service (GES).

Four teachers have also been interdicted in connection with the violence that erupted in the schools.

In a statement announcing the punitive measures, the GES said the sanctions are meant to deter others from such acts of vandalism. 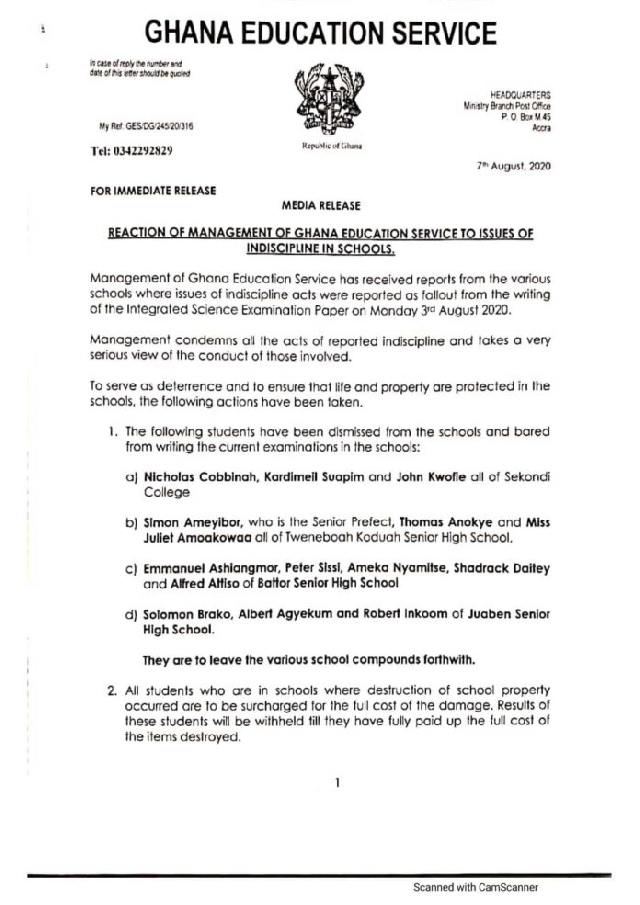 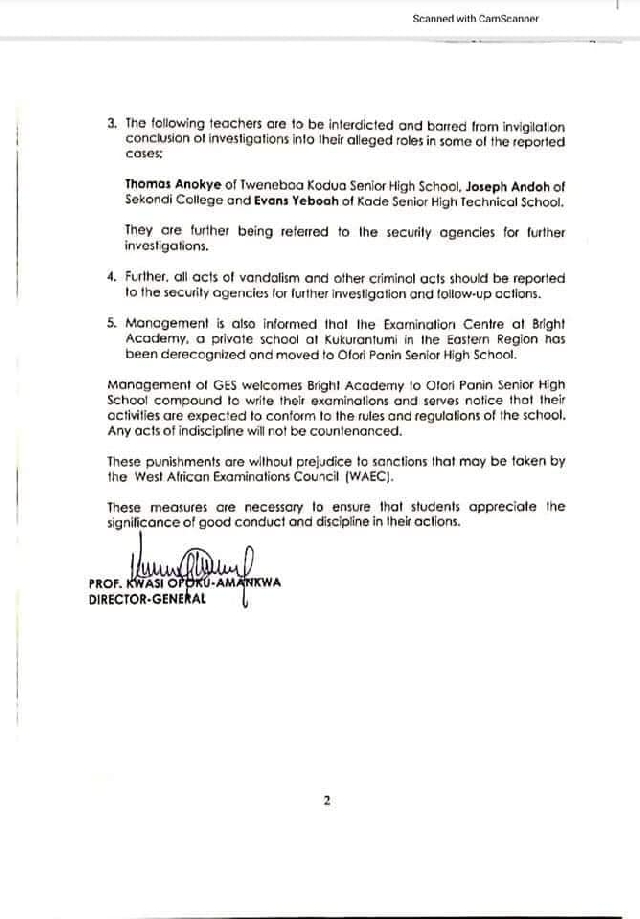 Meanwhile, the West African Examinations Council (WAEC) has relocated the examination centre at the Bright Senior High School (SHS) in Kukurantumi to a different place, following attacks on its officials and a journalist by the final-year students who were, allegedly incited by their Proprietor Mr Bright Amponsah.

In a statement released by the Council on Friday, 7 August 2020, it said the students will write the remaining papers at the Ofori Panin Senior High School, effective Saturday, 8 August 2020.

According to WAEC, the decision will “ensure the integrity of the examination and safeguard the lives of examination officials.”

The Council further pledged to take legal action against any person “involved in compromising the integrity of the examination in any manner” in future incidents.

“WAEC wishes to use this opportunity to encourage all supervisors and invigilators to continue to be vigilant and carry out their duties diligently and without fear.”

The Council condemned the vandalism.

“The Council strongly condemns the behaviour of the proprietor and candidates of Bright SHS, as reported, and wishes to caution that such unruly behaviour contravenes Section 8 (1) of the WAEC Act, 2006 (Act 719) which frowns on and sanctions acts of assault on examination officials,” the statement noted.

Also, the Ghana Journalists’ Association (GJA) condemned the attack on the journalist, a Daily Graphic reporter at the same school.

The agitated final-year students assaulted Damalie Emmanuel Pacome, who was stationed at the examination centre to report on happenings during the on Thursday, 6 August 2020.

Describing the incident as “an act of savagery”, the GJA called for “a thorough investigation and prosecution of the perpetrators.”

In a statement released on Friday, 7 August 2020 and signed by The Eastern regional GJA chairman, Maxwell Kudekor, the GJA demanded that such acts of gross indiscipline and vandalism are not condoned, adding that the Association will “resist fearlessly any attempt of attack” in their line of duty.

“We will not appear vulnerable again in our quest to serve society with credible accurate news with speed,” the statement reiterated.

It added: “This action should be within the context of dealing with recent acts, gross indiscipline and vandalism in various Senior High Schools in the country before the situation spins out of control”.

“The mob attack and near-lynching of Damalie Pacome has afflicted our souls and caused irremediable pains in our heart. But for the divine intervention of God, Ghana would have wakened with a gory news of another mob attack and killing of a young journalist,” the statement further read.

According to the statement, the Association has involved the Eastern Regional Police Command to ensure that they investigate swiftly and ensure justice.

“We are, particularly interested in this matter and we expect the police administration to handle it swiftly and ensure that justice is served,” the statement said.

The Kukurantumi incident is one of many such happenings. So far, students of Tweneboa Kodua Senior High School and Juaben Senior High School, both in the Ashanti Region; as well as their colleagues at Ndewura Jakpa Senior High Technical School in the Savanna Region, have rioted over strict invigilation and the difficulty of the exam questions.

Restoration of road tolls: When we get to the bridge we’ll cross – Amoako-Attah